I got to sleep in this morning (well, until Riese woke up) – but yesterday I was up with the sun.

It was super ugly outside, as you can see.

Are you a social runner or a solo runner?

I was telling my buddy Sokphal yesterday that I don’t know what I’d do without her in terms of early morning weekday runs! I just would not make it happen on my own… have to have someone to meet to be held accountable. 😉

We took an artistic self-timer shot on Sokphal’s phone – we are barely in the frame but I love how cool the tree looks!

One last pic – I can’t help myself it was so pretty! Our view while we were running along the trail – we did an out and back on the Mt. Vernon Trail this week instead of crossing Memorial Bridge into DC.

I got stuck in some traffic on the way to her place so we just had time for 3 instead of our usual 4 miles.

The faster (for me) pace felt good – it’s encouraging to see those paces inch down while effort feels similar! Progress. 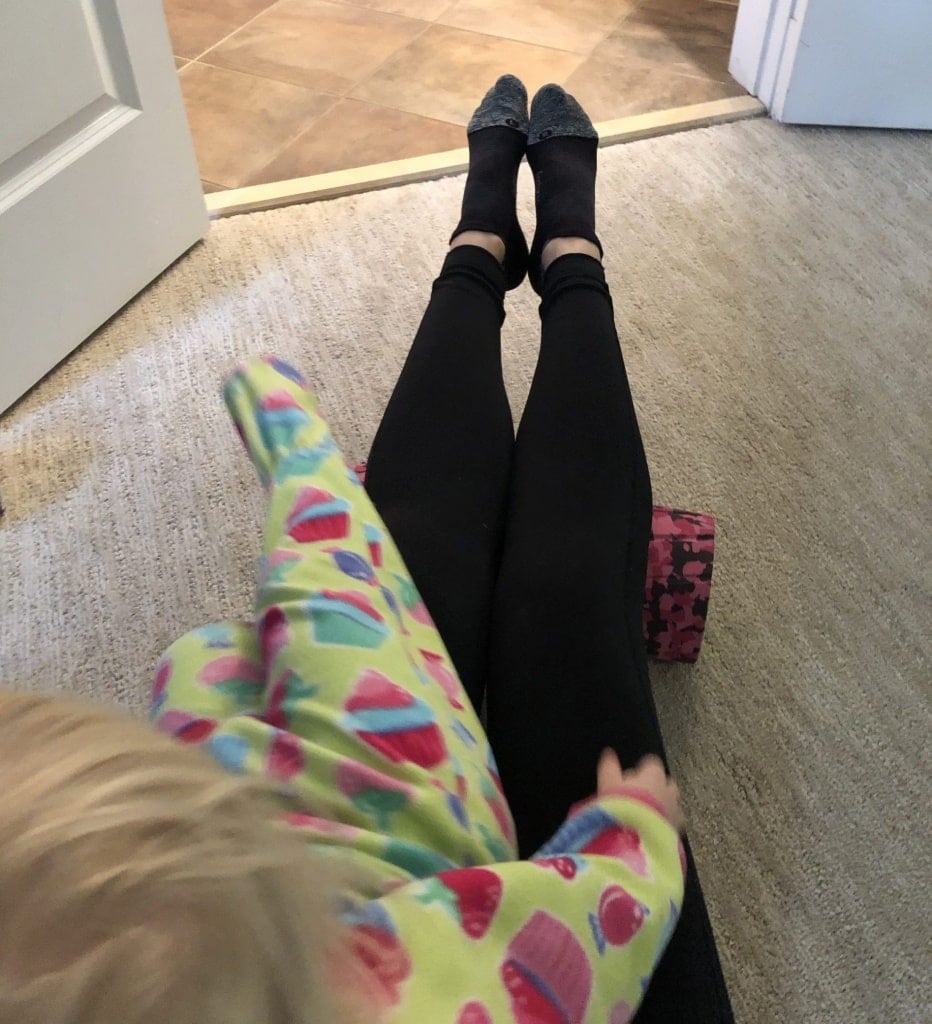 It was an extra hard class this week – sooo many burpees and jumping lunges!

As for food highlights this week, we had some yummy salmon tacos – this is one of my favorite easy dinners. Pan sear salmon in a little oil + some Mexican seasoning, then shred it and throw it into tortillas with guac, slaw, etc.

If you love tacos and want another recipe idea, try my Jackfruit Carnitas Tacos – great for meatless Monday!

Another tasty meal was this saucy chicken dish – it was a Sun Basket (Ecuadorian Chicken Stew and really yummy.

We had some blueberry pancakes leftover from the weekend so I enjoyed those a couple times this week, too.

I started reading the book Followers this week and it’s made going to bed early hard because I get so into it! It’s a well written and easy read and super engaging… check it out if you’re looking for something entertaining/terrifying (the premise of the book takes our current internet-obsessed culture and fast forwards into an extreme version in 2050… yikes).

Have a nice weekend guys! I’m doing a meal…

How To Cultivate Self Compassion W/ Adia Gooden

Super Random Stuff From The Week