Imagine that you are shopping for a used car and see a nice one on the lot. After negotiating back and forth with the salesman, you manage to agree on a price that’s several thousand dollars less than the list price. I bet you would sign the title feeling like you got a great deal. Now imagine if the list price was a few thousand dollars lower to begin with, but the salesman refuses to negotiate.

You end up paying the same price, but the feelings you have about the purchase is probably quite a bit different.

This is one of the mental money traps you can fall into.

There are a few more, and this is a long read. So grab some coffee, and let’s get into five of these today and what you can do to avoid the pitfalls. 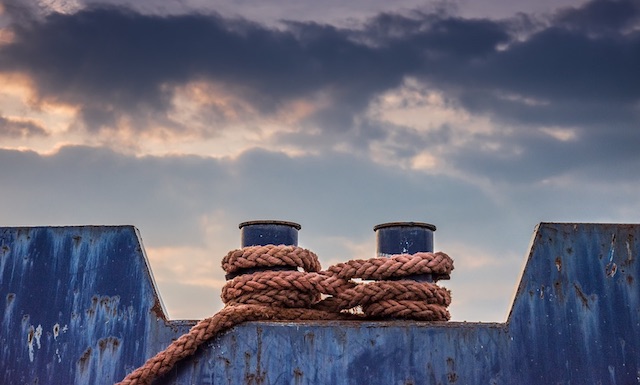 The used car lot example is called price anchoring. By having a relatively high list price on used cars, customers will remember that price tag and decide whether they got a good deal or not based on that initial price.

The tendency to use the first piece of information we hear or see as our “anchor” for making subsequent spending decisions is called the anchor price comparison trap (some also refer to it as the relativity trap or focalism). This happens most frequently in categories that are new to us, where we have nothing to compare to the prices we encounter.

Whatever you choose to call this behavior, it’s a verifiable bias built into our mental wiring, and it can cost us a lot. The good news is that you can outsmart your own tendency to create pricing anchors with a few simple strategies.

1. Be aware that this trap exists.

The first step to outsmarting this psychological trap is to be aware that we tend to create anchor prices for just about every category of consumption, and they stick hard (like an anchor). Knowing this is how your mind works will make it easier to prepare for situations when you’ll be tempted to compare prices to your mental anchors, regardless of whether they’re accurate. Doubting yourself, in this case, is a good thing!

2. Hesitate before snatching up a “great deal.”

If you’ve felt buyer’s remorse after falling for the anchor price trap one too many times, save yourself some guilt and money by pausing before every purchase, even if it’s a once-in-a-lifetime deal. Quite often, giving the decision some time will reveal new information that sets the “great deal” price in a more realistic context.

It’s especially important to use this strategy with a major purchase like a home since prices and values are established based on the housing market of the individual city or region. A $500,000 home in one area might not be comparable to a similarly-valued house in another area, so shop carefully!

3. Filter the anchor price out. Is it still worth it?

All too often, we see something advertised as 75% or more off the list price and assume it’s a great bargain. In comparison to this anchor price, the sale price seems like an incredible deal. But is it?

A good strategy for determining if a sale price is a good deal is to mentally block out the regular list price. Does it still represent a good deal for the item, for you, and for your budget? This can be hard to do if you’ve already seen the list price but try it anyway. This approach can help you view the price of “great deal” purchases more realistically.

Maybe you no longer fall for the tricks of a sneaky salesman, but do you fall for your own mental money traps? Watch for the anchor price comparison trap and you’ll save yourself both money and regret.

The phrase “dollars to doughnuts” first appeared in the mid-19th century as a catchy way to describe something considered a safe bet. Dollars obviously hold value, whereas doughnuts are essentially worthless (unless you’re a big fan of doughnuts, maybe). So, what does this mean to you, as a consumer, and how can it become a money trap? The answer is best…

20 Top Personal Finance Tips To Teach Your Kids (and Yourself!)

How Much Do You Value After School Math Classes?