Enjoying a night out in Scotland

As I write this it’s a Saturday night and I’m back in England, putting on platform boots and black eyeliner about to go to a 70’s birthday party. This time last week I was drinking horseradish vodka in the Russian city of Saint Petersburg, the week before I was on an evening walking tour in Moscow taking in the sights of the Russian capital.

Rewind two weeks and I was partying at the Street Parade in the Swiss city of Zurich, and the month had started off with a Saturday evening at the Edinburgh Fringe in Scotland watching a magician and a mind reader. Not bad for a month’s travel!

But as great as this all sounds. I’ve also experienced some lows with these highs. August for me has a been a month of realisations and of learning some valuable life lessons… 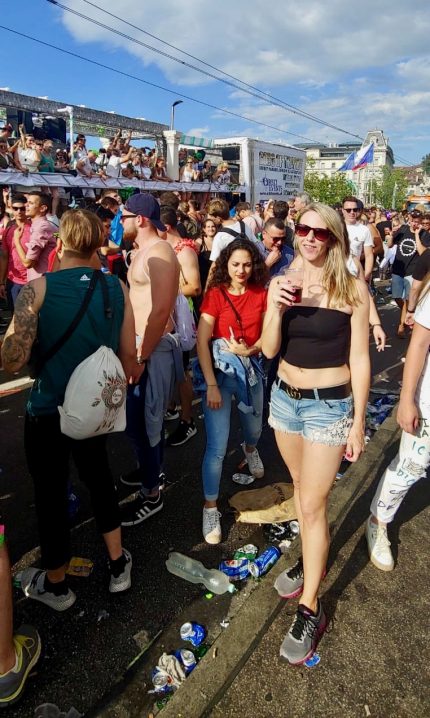 At the Street Parade in Zurich enjoying some sun

Having arrived in Russia, it wasn’t long before I got sick. Two weeks of constant travelling had taken its toll and with the change in temperature, I got the flu. To make matters worse, I seemed to have a case of food poisoning too. I was in the unfriendliest of dorm rooms and I felt so incredibly alone. I didn’t even have the energy to shower and could only let my body sleep and sleep some more until I had to make a decision to leave.

Before arriving I had booked a hostel in Yaroslavl, one of Russia’s oldest towns which was a four hour train journey away. According to the reviews the hostel staff didn’t speak English and my instinct was that even finding a taxi when I got there would be a problem with my lack of Russian. I had already missed my first night there and if I didn't go I would lose an additional two nights accommodation cost. But I was so drained and couldn’t even take the train. The only thing I could do was sleep on it and decide in the morning.

I awoke to the sounds of a bag being unzipped and realised that it was someone checking out. I checked the time to discover that it was 10:25. I had 35 minutes before I had to check out! I felt sick and knew that I had food poisoning from my stomach gurgles the night before. I checked out 5 minutes late then sat in the hostel kitchen and locked eyes with the girl with the weird energy that I had seen every day. I knew I was going to feel better when I left this place. Too many people and the most unfriendliest people I have ever shared a dorm with. 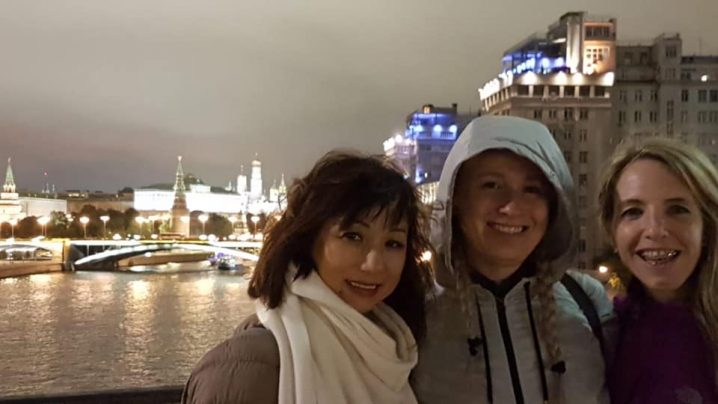 On my evening walking tour in Moscow with a lovely Brazilian lady and my tour guide.

Solo Travel In Granada – Girl About The Globe

30 Travel Rules To Live By