Did you know that there are 69 million vehicle breakdowns in the U.S. every year?

That comes out to one in three drivers, so it’s not a surprise if you’ve found yourself dealing with a car breakdown. Or that you’ve seen a car broken down on the side of the road. What would you do in either situation?

That’s what we wanted to find out. We took a unique approach by surveying Americans on what they would do in the case of a car breakdown as a bystander or the driver. Needless to say, the results were unexpected.

56% of Americans would stop for someone having car trouble, but it depends on their circumstance

A majority of Americans were willing to extend a hand to help someone during car trouble, but they wouldn’t stop for just anyone. While 37% of Americans said they would stop no matter the situation, the other 19% revealed that it would depend on who was in the car — a family (11%), a woman (7%) or a man (1%).

When we broke this down by gender, we found that men were more likely to help someone having car trouble regardless of what they look like (46%) compared to women (27%) who were less likely to help someone. However, women would be more willing to stop if they saw a family or another woman in the car (23%) while only 13% of men answered similarly. 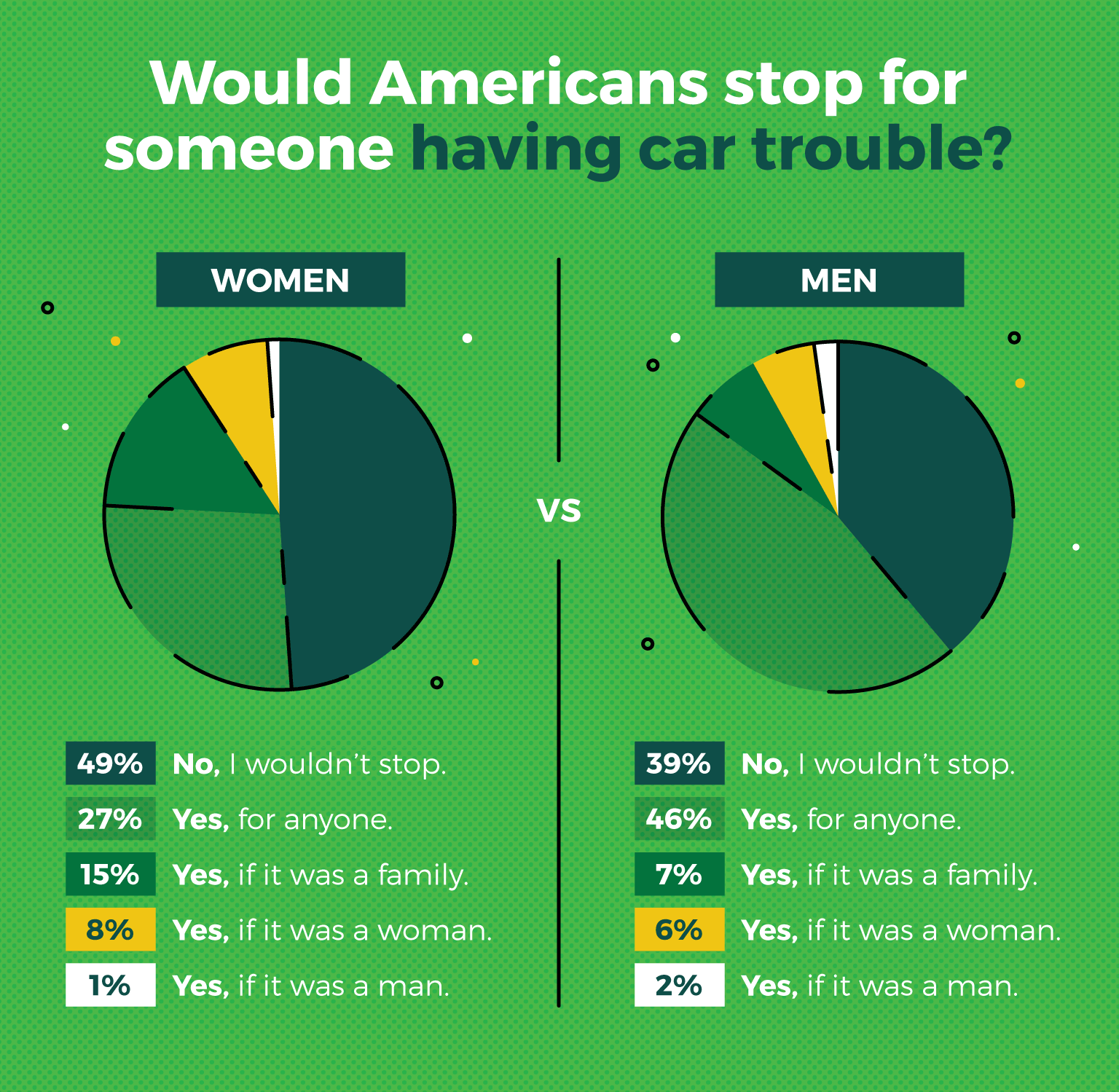 Our data found that people in the Northeast were the most unlikely to stop for someone on the side of the road at 52%. That’s compared to the people who said they wouldn’t stop in the Midwest (40%), South (46%) and West (39%).

We wanted to get the perspective of those who broke down too — do drivers even want someone to stop and help?

Although 56% of drivers would stop to help someone on the side of the road, only 3% of drivers with a flat tire would actually try to flag someone down. In fact, 52% said they would fix a flat tire on their own. But that varies greatly by gender — 66% of men would fix their own flat tire, while 38% of women would do the same.

How Much Do You Value After School Math Classes?

5 Mental Money Traps To Avoid For a Solid Financial Future

13 Tips For Planning a Wedding On a Shoestring Budget