Malaga is one of the most popular cities in Spain (especially with Brits and Europeans. During my 6 week trip from France to Portugal, Malaga was one of my first stops on the Mediterranean coast. Below is my guide to how to travel solo in Malaga. I've included lots of practical information such as where to stay, which tour company to use and how to get around. Find out how to get from the airport and what to do in the evenings.

All companies included have been recommended by solo female travellers and come with our Solo Female Friendly endorsement. Just choose the relevant section or read the full article.

Malaga has a relaxed vibe about it. The streets are clean and it feels safe throughout the city. It is still a city though so beware of pickpockets and people selling flowers who demand money from you for the ‘present’ they give.

The people are open, warm and easy going, and are happy to converse with you in Spanish. If you get lost they help with directions and even the taxi drivers are helpful. If you hike to the Gibralfaro, there is a steep climb which can be a bit slippery so take care.

Malaga is one of the oldest cities in the world. It was founded in 770 BC by the Phoenicians. 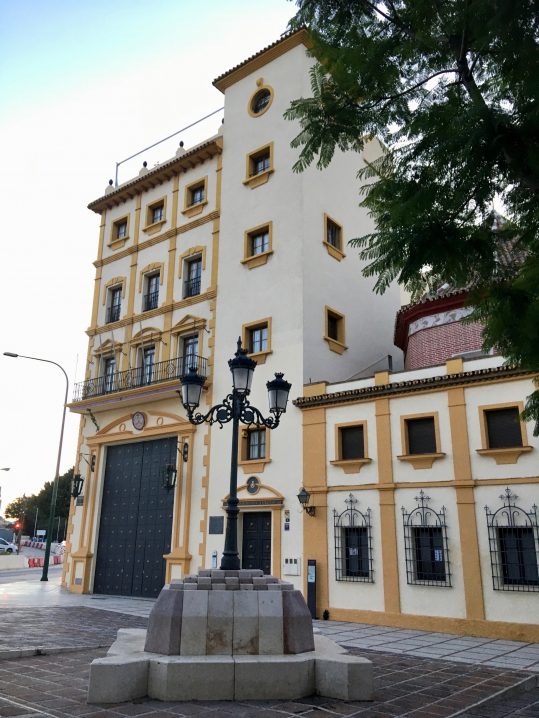 Malaga is a port city within the Andalusia region is located on the famous Costa del Sol. With 2800 years of history, Malaga is one of the oldest cities in the world. It has an important port and is also the birthplace of painter Pablo Picasso, arguably Spain’s most famous painter and sculptor.

African and Moorish architecture have an important influence here and it’s easy to become absorbed in the ancient history of the city. Romans, Arabs and Catholics have all had their rule here but the oldest historical remains are the walls of a Phoenician settlement, visible in the Picasso museum. Admire the Moorish castle of Gibralfaro, and the Roman amphitheatre at its foot before exploring the Alcazaba – an 11th century palace which overlooks the city. This fortress is one of the best-preserved in Spain.

Malaga is a city which promotes art at every corner, especially in the urban art scape of Soho. Street art decorates many a building and the city has outstanding museums that shouldn’t be missed. The most elegant street in Malaga is Called Larios which was built at the end of the…

How To Pack For The Camino De Santiago: The Ultimate Camino Packing List

Spiritual Travel – Girl About The Globe

How To Take Photos Of Yourself For Your Solo Travels

The People Behind Nomadic Matt

Virtual Tours From Home – Girl About The Globe